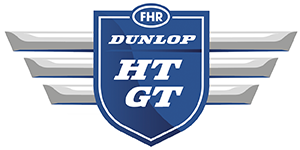 What is the “HTGT around the Dunlop Trophy”?

The HTGT for the Dunlop Trophy is the oldest historical racing series in Germany.
Originally only intended for touring cars, the HTWT at that time also opened up to GTs and changed its name to HTGT. Vehicles up to 1975 are permitted.
With sprint races of 60 minutes each with a compulsory pit stop, the “HTGT for the Dunlop Trophy” offers an interesting program for drivers and spectators. Let yourself be transported back to a time with beautiful vehicles such as the Austin Healey, BMW 1800, Porsche 911, Mini Cooper and Alfa Romeo GTAm. And look forward to spectacular duels with vehicles from a bygone era.

You can register for all events conveniently in our Portal RaceManager.

All teams registered online are automatically displayed here.
In our portal RaceManager  you have the possibility to upload photos of the driver and vehicle.

Points over all races of the HTGT (Championship)